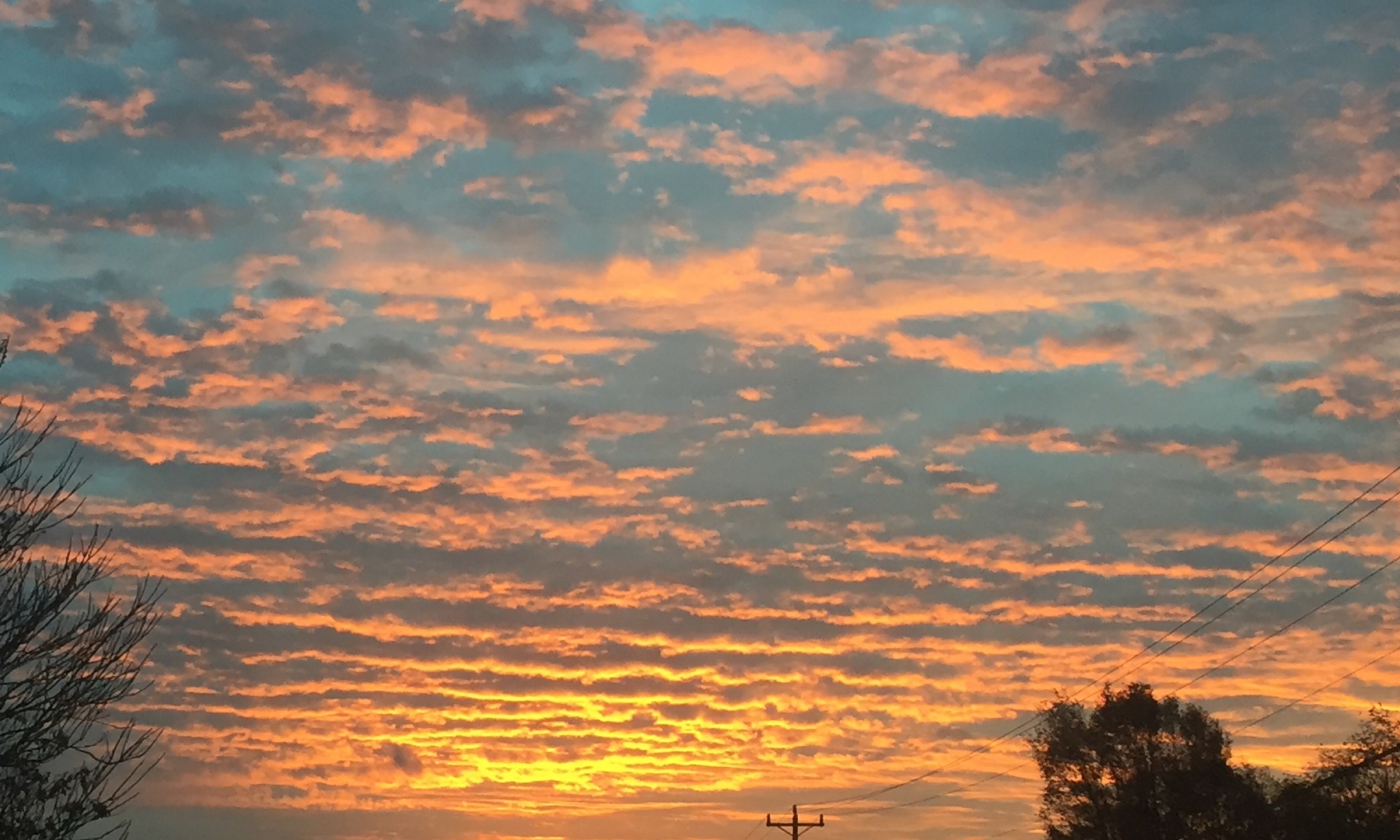 Celebrate new birth! Today, as we pray, we will reflect on the power of new birth in Christ Jesus. His birth was the beginning of our new birth and the death of our despair and our hopelessness. Pray on your knees, in your prayer closet, with friends or on the phone with  a loved one, with your family or on your commute. When you seek him, you will find him, when you seek him with all your heart.

The Birth of Jesus

2 In those days Caesar Augustus issued a decree that a census should be taken of the entire Roman world. 2 (This was the first census that took place while Quirinius was governor of Syria.) 3 And everyone went to their own town to register.

4 So Joseph also went up from the town of Nazareth in Galilee to Judea, to Bethlehem the town of David, because he belonged to the house and line of David. 5 He went there to register with Mary, who was pledged to be married to him and was expecting a child.6 While they were there, the time came for the baby to be born, 7 and she gave birth to her firstborn, a son. She wrapped him in cloths and placed him in a manger, because there was no guest room available for them.

8 And there were shepherds living out in the fields nearby, keeping watch over their flocks at night. 9 An angel of the Lord appeared to them, and the glory of the Lord shone around them, and they were terrified. 10 But the angel said to them,

“Do not be afraid. I bring you good news that will cause great joy for all the people. 11 Today in the town of David a Savior has been born to you; he is the Messiah, the Lord. 12 This will be a sign to you: You will find a baby wrapped in cloths and lying in a manger.”

13 Suddenly a great company of the heavenly host appeared with the angel, praising God and saying,

14 “Glory to God in the highest heaven,
and on earth peace to those on whom his favor rests.”

15 When the angels had left them and gone into heaven, the shepherds said to one another, “Let’s go to Bethlehem and see this thing that has happened, which the Lord has told us about.”

16 So they hurried off and found Mary and Joseph, and the baby, who was lying in the manger. 17 When they had seen him, they spread the word concerning what had been told them about this child, 18 and all who heard it were amazed at what the shepherds said to them. 19 But Mary treasured up all these things and pondered them in her heart. 20 The shepherds returned, glorifying and praising God for all the things they had heard and seen, which were just as they had been told.

21 On the eighth day, when it was time to circumcise the child, he was named Jesus, the name the angel had given him before he was conceived.

Today, as you pray and as you watch the news and are faced with fearful things on the media and in the world, remember that God is in control. Even as nations rage and governments press in on the people, God’s plan is being played out. Nothing can stop God’s plan or purpose. The people who are part of his plan will see the power of God at work when they follow him and obey him.

A Census and taxation forcing a pregnant woman in her 9th month to travel on foot to register couldn’t stop the plan of God. In fact, it played right into the prophecies of God that the Messiah would be born in Bethlehem.

The birth of Christ shows us that God will stop at nothing to rescue the people he loves. He sent his son, who took on human flesh to enter planet earth into a poor family who could only find rest in a barn for the new baby and his mother. When you bring your requests before the Lord today, when you consider the problems in your life, remember your Lord Jesus and the trials he faced on this earth. He wasn’t born with a silver spoon in his mouth, even though the kings of the earth bring homage to him now. His parents were humble and obedient, not rebellious and prideful. They submitted to God’s plan.

Even though the world couldn’t find room for Jesus, the Angels of heaven proclaimed his birth to the poor shepherds who worked the nightshift. Their words ring loud and strong…Jesus is the Jewish Messiah, the son of God, and his mission is to bring peace on earth TO THOSE ON WHOM HIS FAVOR RESTS.

New birth doesn’t mean abundant wealth and success is a sign of spiritual maturity. Jesus showed us that God blesses all who are humble and repentant, rich or poor. New birth is deliverance from sin and salvation which is eternal life for all who believe and peace to those on whom his favor rests. Do you believe?

We pray in the resurrection power of Jesus Christ. Even though we celebrate his coming as a baby, we know that he is now risen from the dead, having defeated death, hell and sin and is seated at the right hand of the Father, interceding for us even now. He is our warrior savior, our king who died for us and we worship him in humility and in awe! Praise the name of Jesus Christ, The Son of the Living God!

Forgive me for every vain, complaining word that has dishonored you. If Jesus, the son of God, whom the entire world was made through and for can sleep in a manger, I can live in my home without complaining about any inconvenience.

Forgive me for the times I have complained about what I have, especially around people with less than I have.

Forgive me for coveting and being jealous of those who have what I do not have, whether it is goods, or relationships, or physical attributes or anything else.

Forgive me for complaining about the way I look, my weight, my clothes, my car, my job. Billions of people in the world have no food, no clothes, no transportation and no job.

Forgive me for living in the utter sin of selfishness and self-centeredness.

Change my heart, truly from the inside out. Give me a new birth that delivers me from the sin of complaining and materialism.

Father God, forgive the church of Jesus Christ in the West for focusing on success and money and status instead of on truth.

Forgive us for looking down on the poor and for allowing our minds to be filled with disdain for those who are down-trodden. There, but for the grace of God, go I.

Forgive us for hoarding wealth and ignoring the plight of those around us.

Forgive us for being afraid to go out of our comfort zones and for being judges with wicked hearts, looking down on those we don’t understand.

Father, it says in your Word that judgement begins in the house of the Lord. Please, Lord God, bring mercy today. Bring the mercy of repentance. Bring repentance to the people who claim your name in America and in the world.

We have traded the work of The Holy Spirit for marketing.

We have traded working in the kingdom for building our own personal portfolios.

We have traded prayer for fear, worry and control.

We have traded humility, grace and asking forgiveness for rejoicing when someone who has hurt us “gets what they deserve.”

Forgive us, Oh Lord for trading truth and freedom for political correctness.

Forgive us, Oh Lord for arguing and fighting on social media for the world to see.

Forgive us, Oh Lord, for neglecting prayer, fasting and your Word.

Forgive us, Oh Lord, for having a form of Godliness, but denying the power thereof.

Lord God, give us new birth. Give us revival. Reveal yourself with angels and with mighty works. Proclaim your greatness to the poor and to the outcast. May the prisoners hear of your goodness and find repentance and hope.

May the sick be healed and the lame walk. Forgive us for not taking those who are sick to you in prayer.

Pour out your Spirit on all flesh and pour out PEACE on us. May your favor rest upon us, oh Lord my God!

Pour out your Spirit on the nations so that many people will be born again, even this week as we join together in prayer.

Lord God, speak to our hearts and may we glorify you for what you have done and what you will do! May we spread your love to those around us. May we give you the glory for all you have done. May we truly walk in our new birth and not in the death we were saved out of. May the power of Jesus Christ manifest in our hearts and minds and lives.

Jesus, bring forth the new birth, the spiritual birth into our community, into our land, in our schools, into our nation and into our world. Jesus wake us up. Call us up from spiritual death. Deliver our marriages. Change our hearts. Bring back the prodigal sons and daughters. Sweep across this nation in a holy fire.